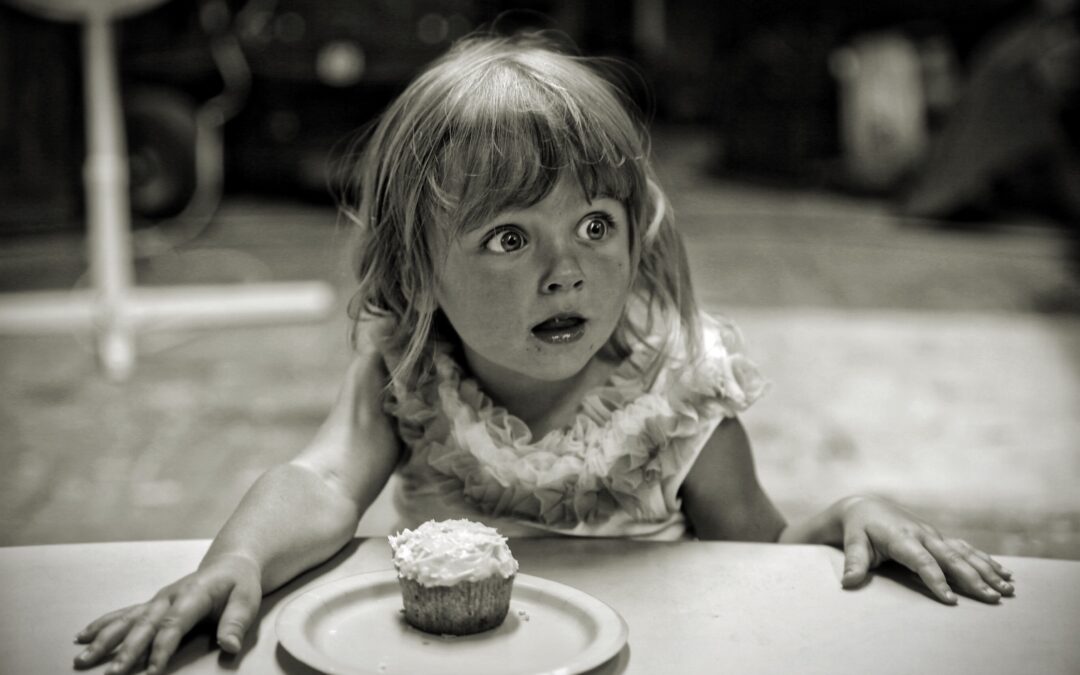 Image: young girl in a ruffled dress, looking to the side in surprise, eyes wide and mouth agape, seated with her hands flat on a table, with a white frosted cupcake untouched on a plate in front of her. Photo credit: Nathan Bingle/Unsplash

“What if we are doing it all wrong?”

No, this isn’t just the late-night cry of the self-doubting parent. It is also the thought that keeps coming up in the last 12 months, as I sort out how racism and oppression impact the work I do as a psychologist. It has gotten more complicated to be:

Kicked off by what I learned in the #metoo movement and accelerated in the year that witnessed the murders of George Floyd, Breonna Taylor, and others, I have had so many “Wait! What?” moments. Each one has made me think about how I could be contributing to bias against BIPOC, LGBTQ, people with disabilities, and neurodivergent people.

I felt forced to revisit my code of ethics, especially the central guideline of Autonomy, as described in the APA Ethics Code principle of “Respect for People’s Rights and Dignity”:

Psychologists respect the dignity and worth of all people, and the rights of individuals to privacy, confidentiality, and self-determination. Psychologists are aware that special safeguards may be necessary to protect the rights and welfare of persons or communities whose vulnerabilities impair autonomous decision making. Psychologists are aware of and respect cultural, individual, and role differences, including those based on age, gender, gender identity, race, ethnicity, culture, national origin, religion, sexual orientation, disability, language, and socioeconomic status, and consider these factors when working with members of such groups. Psychologists try to eliminate the effect on their work of biases based on those factors, and they do not knowingly participate in or condone activities of others based upon such prejudices.

If I “try to eliminate” the effect of the biases I carry toward gender, race, and disability, there are a lot of things I need to reconsider. Let’s start with one example where I have unknowingly adopted an ableist mindset: Autism and behavior training.

ABA (applied behavior analysis) training has come under fire by Autistic people and advocates for neurodiversity. Since I first learned about the criticism of ABA in a workshop I attended last month, I have followed online discussions about issues with bodily autonomy, the freedom to choose who gets to touch your own body, and the disrespectful aspects of withholding rewards. For instance, Autistic children have a right to their bodily autonomy but ABA training can violate that physical boundary.

This discussion is happening in public in real-time in places like Twitter by people using the #AskingAutistics hashtag or identifying as #ActuallyAutistic.

Deciding to eliminate the effects of my ableism, now that I have learned that ABA is felt as abusive to children with Autism, leads me to consider how we use behavior modification in the schools that I serve. In my private practice, our team also needs to consider what Autistic traits we try to eliminate and why. Instead, should we counsel parents to normalize and accept certain behaviors, or even celebrate them? The same lens can be applied to ADHD and other disorders we frequently encounter as well.

The bigger picture: What does all of this say about how I choose to promote Autonomy moving forward?

I recently answered Erich Stephen’s question on his “The Peg Doesn’t Fit” podcast about teachers who demand that their students “behave.” I said that we aren’t ever going to get anywhere if we see ourselves as players while everyone else is a chess piece we are trying to move on the board. The only effective intervention is when we accept that we occupy a place on the board. My answer wasn’t just for teachers; it can also apply to parents of children with Autism or Executive Dysfunction. And it can certainly apply to my own practice.

Life isn’t chess. Everything that we do and feel is in relation to one another, and with ourselves. We change with every move. What happens between me and a friend or between me and a client creates a new relational space that changes how we each act, feel, and connect.

I am proud of my answer to Erich’s question but now I have to work out the best way to follow my own advice.

I help parents (and elite athletes) leverage their relationships to make their families stronger.

If you want to learn more, DM me.